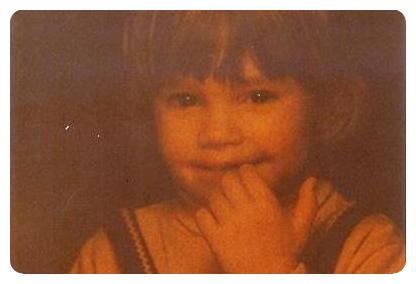 You know what I have been really loving lately? A fried egg. I heat the iron skillet over medium-low, drop in a sliver of butter, and then crack! The egg slides in. The spatula tries, mostly in vain, to reign in the wandering white. When the whole thing becomes its own entity it’s time to flip, seeking that perfect runny but not too runny yolk. A pinch of salt scattered and several cranks of the pepper grinder. I have everything else prepared in advance—the kids have their food and drinks, my tea is steeped and sweetened, and my toast perches, pre-buttered, atop the toaster so it won’t sog—all awaiting the arrival of the star of the show . . . my beloved fried egg.

But here’s the funny part: as a child I hated eggs in all their forms. Scrambled, hard-boiled, soft-boiled—disgusting, revolting, wretched. Just the smell of my dad’s Saturday morning scrambled eggs used to turn my stomach. Fried eggs were perhaps the worst offender—all that yellow liquid goo oozing all over the plate, contaminating everything. And now I eat one nearly every morning. Go figure.

It’s not just the eggs. There are other things—both major and minor—that have shifted inside and out. Bits of the me-that-once-was that are with me no longer. Of course there are the myriad of physical changes, like the way my hair, when not turning gray, is becoming a darker, ashy shade of brown, so harsh against my pale skin. Or how my stomach seems permanently stuck in that squishy post-childbirth state that babies love to wiggle their toes into while nursing.

The physical changes, while a real bummer, are not so surprising; we are not, after all, so different from the leaves, once bright green, that fade and brown and crack before finally letting go to drift down to their resting place on the earth. But it’s the other changes that I didn’t see coming, the side-steps and about-faces in my deep-down, fundamental self, that leave me dumbfounded.

A few examples? I no longer spend chunks of my day with a big thud of nervousness sitting low in my gut (although flutters of anxiety still make their home there). I find myself, while still fundamentally an introvert, engaging in the occasional wild act of extraversion. The number of people whose presence intimidates me into muteness have dropped to almost nil. Sex, it turns out, is a revelation. I have for the most part stopped practicing hypothetical conversations in my head and feeling my way down made-up emotional roads. I am no longer terrified of being raped. If someone looks at me sideways, instead of automatically blaming myself, it occurs to me that they might be having a rough day. Questions about career choice and finding my purpose have been quieted by the daily work of caring for my family and making our house a home. The extra voice in my head that narrates words already written (and has been with me since I can remember) now actually makes it into written form from time to time. And sometimes, every so often, when I’m at the mirror zeroed in on one flaw or another, my focus zooms out, my critical thoughts fall silent, and from a deeper place I think: I look nice.

What has happened? What seismic event has intervened and shaken and stirred my being into a new and I dare say better version of me? At times I’ve attributed these changes to a variety of causes: I married the love of my life. I became a mother. I experienced suffering and was forced to turn a critical eye inward. I dropped religion as a to do. I stopped taking birth control pills. I got a divorce and saw my dream of the perfect family flash fried and frozen. I gave up Coke. I became a stay-at-home mom. I turned 30 (and 31, 32, 33, 34, 35, and 36). I read a slew of awe-inspiring, jaw-dropping books by authors such as Eckhart Tolle, Christiane Northrup, Richard Rohr, and Toni Weschler.

An older person would probably get a kick out of this line of questioning. (Hello! It’s not that complicated. You get another year older, you gain another year’s worth of experiences, and you evolve.) I think somewhere I came up with the odd expectation that you turn some magic age (25? 30?) and poof! You’re an adult. Once you’re an adult, I thought, that’s it until you die—sagging on the outside, but static on the inside.

Now that I’m here, in actual adulthood, I can confidently declare that there’s nothing static about this life stage! It’s not just that the events, people, and places of my life are changing, but I fundamentally change. I am no longer who I once was, that old me. I share many characteristics with her (some that I’d love to lose—the dandruff, that habit of picking at my chapped lips), but perhaps just as many are brand new.

I snoozed my way through biology, but somehow this little factoid managed to sneak its way in: almost all the cells in the human body are constantly dying, with new ones forming in their place. Scientists once thought that brain cells were the exception to this rule (you know the adage: don’t sniff that! you’ll kill all your brain cells!). But now they are finding that even some brain cells regenerate. We humans are like the snake shedding its skin or the butterfly emerging from its cocoon, except that we don’t look as cool (or gross), since our transformation happens bit by bit over the course of years (and our old skins end up as dust under the living room couch). Regardless, the way I look at it, as a 36 year old, I am an almost entirely new me. Not just metaphorically, but literally.

The ramifications of this are staggering, if you really sit and think about it. If the me I am today is not physically the same as the me of twenty years ago, then what ties the me of today with the old me? A few non-regenerating brain cells and some memories? Of course, we also have our opinions and preferences, but as my newfound adoration of fried eggs so perfectly illustrates, tastes change. What I’m about to propose is not a new idea I grant you, but I think what really holds the “me” together is the story we tell about ourselves.

In college, the professor of my Jewish Literature class was enraptured with Elie Wiesel’s hypothesis that “God made man because He loves stories.” I remember her going on about this in class one day, restating the sentence, emphasizing a different word each time. This moment stands out so clearly in my usually feeble memory probably because 1) she was so genuinely enthusiastic about it, and 2) I had absolutely no idea why. I’m still not sure I completely understand what Elie Wiesel was getting at, but telling stories does seem to be central to who we are as a species. We look back on our experiences and pick out a few bits, deemed by us to be “important,” string them all together, and presto! The Story of My Life is born. We may have physically sloughed off our old selves, but the stories we tell of ourselves keep those old skins dragging along behind us in the dirt, making our path through the rocky patches of life all the more snaggy.

I didn’t have any huge childhood traumas (or if I did I’ve forgotten them along with everything else), but I’m wondering how this line of thinking would strike someone who did. I believe that emotional trauma has an energy and life of its own, so I understand it’s not as simple as just telling someone: “Hey! You’re a new you! That old stuff doesn’t matter anymore!”  As if they would look up from their tea and sandwich plate astounded: “Oh! I had no idea! Now that I know that 99.9% of me is no longer the same me that was raped/abandoned/abused/ignored, I feel just fine!” But still . . . isn’t there something in all of this that is liberating?

I just finished watching Glee‘s tribute to Madonna. I think that woman would be my polar opposite, if you could plot us on some sort of people spectrum. She has reinvented herself a gazillion times, while I spend my days perpetually searching for my “true self.” Normally I scoff at people like Madonna as they stride through life, completely unsaddled with questions of identity, shifting form quickly and effortlessly as their environment or whim dictates. But now all of this thinking has me wondering, what if the Madonnas of the world are more correct that I ever gave them credit for? What if there is no such thing as a fixed “true self”? What if the truth is that when we try to pin ourselves down to this definition or that, all we do is make up a story? It might be a nice story, one that connects a lot of dots, but another story might connect just as many. What good does the connecting really do anyway? Yes, it makes us feel good, especially those of us constantly trying to tidy all those scary emotions and life experiences. But it’s all really just an illusion.

I say all this and yet earlier this evening I was working on a draft of a story of my own—my own stab at connecting a few of my dots in 2,000 words or less. Ah, the hypocrisy! It’s hard to resist I guess. Crafting these tales of ourselves is fun, mostly because it makes us feel like we matter. I think Eckhart Tolle would say it’s our ego trying to keep itself alive. I guess it’s not harmful as long as we don’t take ourselves too seriously. Waxing poetic about a love story seems innocent enough, but any line of storytelling that includes “this happened to me so therefore I suck” is one for the editing room floor.

Where does this line of thinking take us? Is the moral of the story that if you don’t like your story, start another draft? Or that in fact the story is irrelevant? I think Tolle would teach us to put down the pen and open our eyes. Stop thinking. Look around. A story has indeed brought us to where we are today. But that story isn’t as important as our present life. Our life is a gift. We should all aim to spend a bit more time each day breathing in that life and breathing out the beauty of our true selves, whatever that self may be.