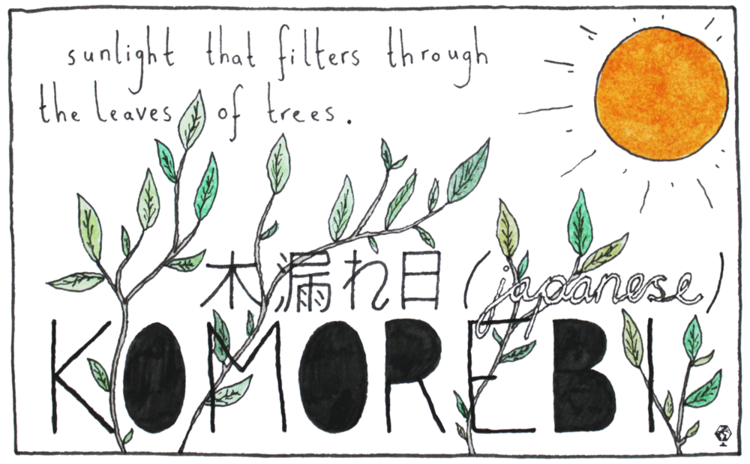 Man, these last couple of days have been a whirlwind—I’ve had an idea (I get lots of ideas but this one is an IDEA) that seems so right that it is freaking me out, and a couple of life changes have been dangled in front of me as possibilities. All at once! I want to write about these things, but the dust is still flying all around me—I feel like I need a day or two to get my head straight.

What I need right at this moment, I think, is a nice long shower and some time spent organizing my house, maybe even a trip to Costco. (When things get too chaotic around here I start to feel unhinged.)

So instead of a semi-coherent post of my own, I’m just going to direct you to this awesome post from Maptia. They illustrated 11 words from other languages that have no equivalent translation in English, originally highlighted in this book by English professor Guy Deutscher.

My favorite is the Japanese word for the sunlight that filters through the trees in the illustration above. I also like this German one: 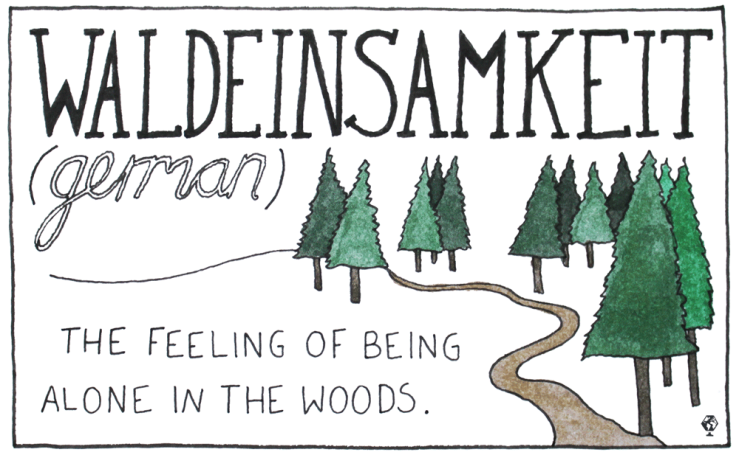 Here, I’ll use my new vocab words in a sentence:

When my parents took me camping in Canada’s Quetico Provincial Park as a kid, I rejoiced in the feeling of waldeinsamkeit while walking alone on forest paths, where the sight of komorebi (and its accompanying warmth on my face) often moved me to tears. :)

Have a great Friday!