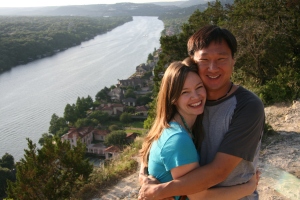 I thought about attempting an exhaustive list, but I think that would be an exercise in futility. Even if I could remember all the random insights I’ve gained from hearing my husband’s often polar opposite point of view over the years, if I wrote them all down and hit publish, I know I would wake up with a new one to add the next morning. So, for now . . .

© Amy Daniewicz and Beneath the Trees

4 thoughts on “Lessons I’ve Learned from My Husband”