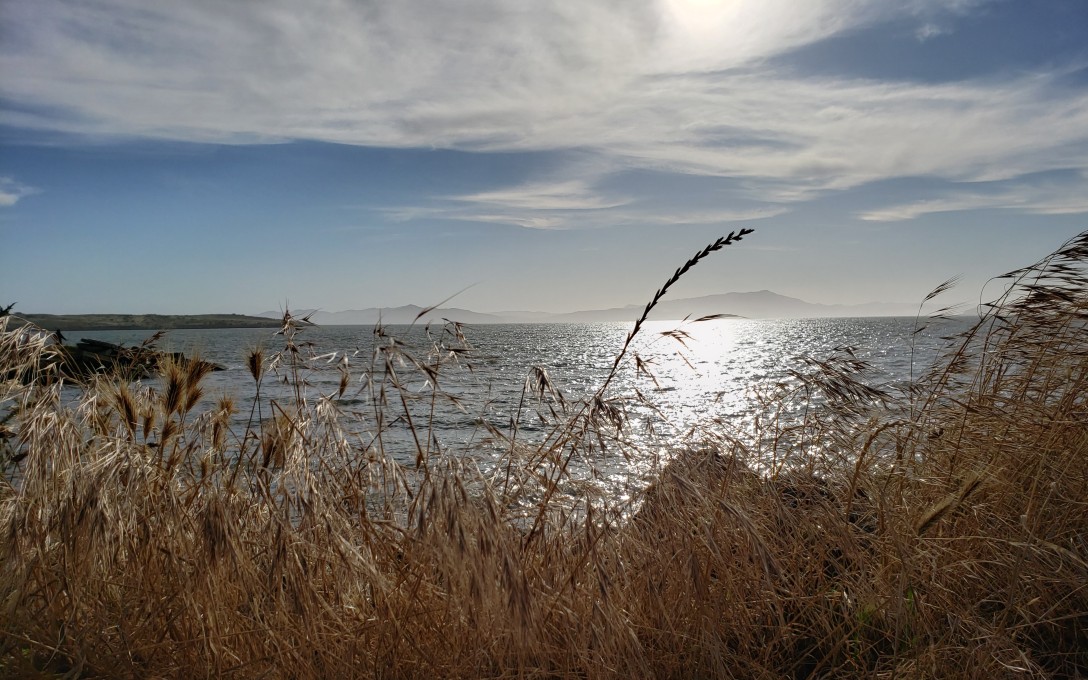 Yesterday in New Hampshire, First Lady Michelle Obama made an impassioned speech that tapped into the collective pain stirred up by Donald Trump’s misogynistic language and the recent news that he allegedly sexually assaulted several women.

“The truth is, it hurts,” the First Lady said.

And it does. It does hurt. So many old feelings and fears are called up in me when I hear Donald Trump and Billy Bush on the video, or when I read the account written by People writer Natasha Stoynoff, and I know I’m not alone.

It hurts so much, in fact, that I’ve been actively keeping the news from my ten-year-old daughter. The world she lives in now doesn’t include the concept of sexual assault. I wish I could push pause for her and keep the world as it is in her eyes now. But I know it’s only a matter of time until she learns the rest of the story.

When I was 24, I was working for a nonprofit that helps abused children. United Way asked my organization to give a fundraising speech about our work to the sales staff at a car dealership, and my boss asked me to handle it. When I walked in, I could feel a strange vibe in the small room packed with salesmen—an energy I wasn’t used to. The men began snickering, and I felt that sinking feeling that the First Lady referred to in her speech. One man asked loudly where my boombox was and the room burst into rowdy laughter. I didn’t get the joke; it would only be much later that I would realize, with my cheeks flushed and hot, that they were suggesting that I was about to strip for them. I gave my speech, feeling uneasy all the while. Despite not knowing exactly what had happened, by the time I got to my car, hot tears of shame were rolling down my cheeks.

I didn’t tell my boss (who was a woman). I didn’t tell the United Way. I don’t even think I told my friends. It wasn’t a big deal—that was what I told myself. But I wasn’t being honest with myself. It did hurt.

What I’m interested in now, almost two decades later, is not why those men made that joke on that day. They were just sharing a laugh, probably feeling jovial over the opportunity to take a bit of a break from the daily grind of work. They weren’t thinking about my feelings, or really, about me as a person at all.

Now the questions I’m most interested in asking are the ones I ask of myself:

Why did I feel so ashamed? They were the ones being rude.

And why did I tell no one? Their actions obviously upset me, but I didn’t talk about that day, not even with those closest to me.

Often, I believe, when we women experience an act of sexual assault, or even sexual harassment—we feel shame because we experience the act as a form of judgment, a condemnation of our character. In addition, the person condemning us is a man, and we’ve been trained over millennia to seek approval from men. Our very survival depended on it.

The thinking goes something like this: This didn’t happen to my neighbor, coworker, or friend. It happened to me. Why did it happen to me? It must mean something bad about me.

It’s almost like we believe we were chosen to receive the negative act, as if it’s some sort of punishment for something we did. We internalize the act. Then we look inward for the cause:

Maybe it was something I said. Or did. Maybe my eye had a bit too much twinkle in it. Or did I forget to cross my legs? Did I lean in a little too far? Was it the tone of my voice? Or the way I cocked my head to the side and smiled when he spoke? My skirt might have been too short. Or did I unbutton my blouse too far? Was my lipstick too red? Maybe I shouldn’t have laughed at his joke. (It actually wasn’t that funny.) Or agreed to go on the boat / the bus / the date in the first place. I shouldn’t have drunk so much. Or passed out. Or hung out with that crowd. Or left my house at all. Or maybe—hold on a second—did it even happen? My mind is spinning—have I just made this whole thing up?

It doesn’t take a genius to observe that a hierarchical societal structure was in place, and men were at the top. But all women were not ranked equally in this structure (nor were men). Which would receive the most benefits? Which would suffer the most? The usual suspects—race, ethnicity, education, and family wealth—imparted their influence on the fate of both men and women alike. But due to a variety of reasons that stretch back far beyond the history of our country, women were affected by an additional factor: our sexuality.

Female sexual roles were defined by two opposite archetypes: the asexual role of the woman that a man chooses to bear his children (the wife, the mother, the nun, the Virgin Mary), and the hypersexualized role of the woman a man desires and sometimes fears (the mistress, the vixen, the witch, Eve). Although the latter role did carry with it certain freedoms and power, with a few notable exceptions, the asexual role offered the more secure path for a woman and her children.

So now let’s think about the act of sexual assault against the backdrop of this societal structure. Sexual assault and sexual harassment are to the gender hierarchy what police brutality and racial killings are to the racial hierarchy. The threat and sometimes reality of sexual violence and harassment serve as a constant reminder to women as to our place in the structure, and thereby help to maintain the status quo.

Women who are raped are regularly criticized and shunned. In essence, they are knocked farther down the hierarchical ladder toward the direction of slut. Even our language reveals this effect. We say a woman who’s been sexually assaulted has been “demeaned.” I’ve heard it over and over these past few days.

The definition of “demean” is to cause a severe loss in the dignity of and respect for (someone or something). But why should Natasha Stoynoff be demeaned? And what about Jessica Leeds, Rachel Crooks, Kristin Anderson, and Summer Zervos? Why should their dignity be reduced? Are they not as dignified as they always were? Do their acquaintances not respect them as much as they did last week? If a tree branch fell on their heads, would we consider them to have fallen metaphorically in our eyes? What about if they got into a car accident? Of course not. But yet Donald Trump (allegedly) assaults them, and suddenly they are demeaned.

This discrepancy always confused me, even as a girl. The perpetrator of an act of sexual violence is punished, yes (usually). But the sentence is often surprisingly light (e.g., 6 months), or even non-existent. Meanwhile, the woman’s scarlet letter is sewn on permanently.

Today men no longer decide women’s fate the way they once did. The hierarchical structure’s power has been significantly eroded, and the rigid gulf between the two extremes of sexual roles for women is shrinking. Now we women often find ourselves striving to magically fit into both extremes at the same time—as Usher described, “a lady in the street but a freak in the bed.” One reason adolescence is so difficult for girls—and I would assert, that their math/science interest plummets as a result—is because once puberty hits, so much of their brainpower is expended trying to make the impossible possible: to magically appear to be both a virgin and a slut at the same time. Think Britney Spears in her glory days.

But despite all the changes in power that have taken place, many of our old patterns of thinking still persist.  Men may not control our actions anymore, but many of our thoughts still continue on as if they did.

I can remember, in my twenties, desperately fearing rape. I was afraid at night, walking alone to my car, in the shower. I was even afraid while vacuuming, my heart racing over the whir of the motor, because I knew I wouldn’t be able to hear an intruder. I distinctly remember wondering, during my engagement to my first husband, if I were raped, would my fiancé be able to live with it—i.e., would he forgive me? (The fact that I asked myself this question astounds me now.)

I did not have the same fear of, say, my arm being accidentally chopped off, or being mugged. If one of those crappy life events befell me, I knew it wouldn’t be my fault. But if I were raped …

I feared the damning judgment that a sexual assault carried with it. And here’s the flip side to that fear: What we fear is often also intrinsically tied to what we hope. So while I feared being demeaned, I simultaneously hoped that I—an intelligent, kind, pretty, and thoroughly loved young woman—would be approved of, that one man or men in general would find me worthy.

Was my twenty-something self an extreme example? Maybe. Maybe not.

My guess is that the biological conditioning and patterns of thought that helped us women to survive for centuries within an often hostile societal structure are slow to undo. And this is how it is that today that the following unnecessary truths continue to exist:

These old patterns are no longer necessary, and they cause us much suffering.

As the First Lady said in her speech yesterday, although we women still face many injustices, we have innumerable tools at our disposal that were unavailable to our great-grandmothers, grandmothers, and even our mothers. We can vote. We can create, argue against, and rule on the laws of the land. We can even become President.

It’s up to us to turn our eyes, hearts, and minds inward to consider how our own unexamined thoughts and actions are perpetuating an outdated status quo. We owe it to the women and men who fought for us to be where we are today. We owe it to our daughters and our sons. And we owe it to ourselves.

Even more important, what lies just beyond the stage of living in fear of being condemned by men is a freedom that is seldom discussed. This freedom involves knowing yourself, with your unique blend of strengths and weaknesses, and standing tall on the foundation of this knowledge. When you truly know yourself, another’s judgment cannot shake you. And that means a life without fear.